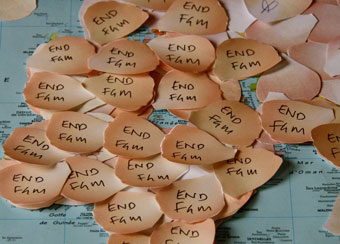 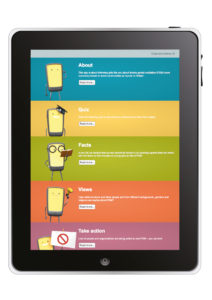 As we are now into the summer school holidays when the numbers ofA�girls taken outside of the UK to be cut increases, we are raising awarenessA�of the severe health implications of FGM for those living in UK who areA�members of communities affected by FGMA�– visit nhsor visit ‘Petals’– the UK’s first web app designed to allow young people , both boys and girls living in the UK A�to learn about female genital mutilation ( FGM) anonymously, A�get help if they are at risk and find out how it might affect them and others they may know.

The app includes a quiz to see what participants already know about the subject, information about what FGM is, views on FGM, information on taking action against it as well as further education such as a glossary of terms.

Put the link below in the tool bar of the computerA�A� http://petals.coventry.ac.uk/#a

What else is going on?

There is a drive to end FGM in the UK and worldwide. Charities, community groups, and the media are all getting involved.

Two newspapers, the London Evening Standard and the Guardian are doing a lot of work to raise awareness and to put pressure on the Government to do more to stamp out FGM. The Guardian started the worldwide “End FGM” campaign.

The NSPCC have launched a free telephone help line for anyone in the UK worried about FGM happening to them or anyone they know.

At the same time there are individual young women speaking out against FGM. These are women who have undergone FGM a�� they are called FGM survivors.

All of these actions are leading to many more people knowing about FGM and joining the national and worldwide campaign to end FGM.

Where to get help and advice

There is a range of support available to help girls and anyone else who has concerns about FGM.

These numbers are free and available in England, Scotland, Wales & Northern Ireland, 24 hours a day 7 days a week.